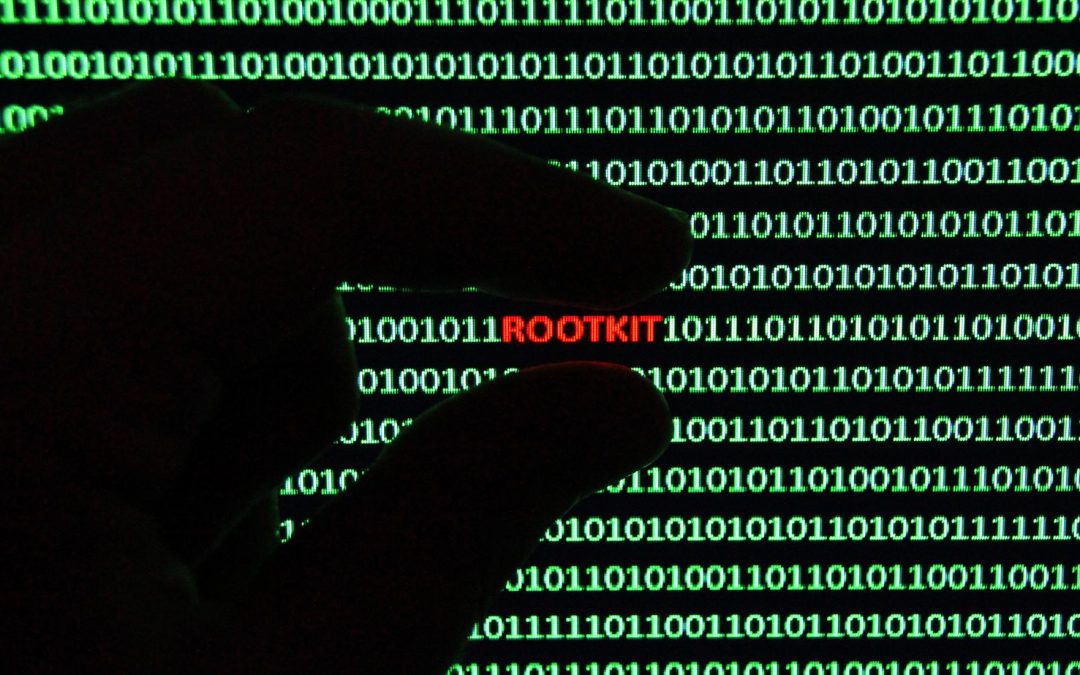 We both know by now, how threatening Malware can be. And Rootkits might be the most dangerous of all (both on the damage they cause and its difficulty to find and remove).

It’s your first time reading about it?

Wait and see… Because the “first-ever” malicious software is still relevant to this day.

What is a “Rootkit”?

The term was born from the combination of the word “root” and “kit”… Which makes sense, having a rogue characteristic:

This clandestine software opens the door to someone’s computer while going unnoticed.

And why do I even mention it was the first-ever malicious to have ever existed?

Well, it was definitely the first known in history to possess such a cloaking feature.

Let’s learn more about it…

What are the Rootkit’s Origins? (Examples)

The conceptual model of the Rootkit appeared originally in 1983 when Ken Thompson (creator of the Unix OS) thought about a way to destablize login commands, allowing hackers to exploit alternative passwords… Gaining access to the administrator’s account.

The NTRootkit was created (written/coded) by Lane Davis and Steven Dake.

Other examples of the power that Rootkit has are:

These are just a few examples of what the Rootkit is capable of.

But being honest… Can they even harm you and your business?

Let’s find out the answer.

How does Rootkit work, and what it can do to you?

In a few words: Rootkits permit cyber criminals to remotely control your computer.

Once this malicious software has been installed, it will have all freedom to execute files and make changes in your system’s configurations.

It behaves quite similar to spyware… Meaning it will spy, steal, or delete valuable information if the hacker wants it to.

How Many Types of Rootkits Exist?

Of course, there is more than one type of Rootkit.

There are 5 well-known, and they all behave and affect differently.

Now that you know what it is and how it works (depending on its type)… Would you like to discover how to detect it early on?

Even better, how to protect yourself from it?

How to Detect and Protect from Rootkit?

I’m not going to lie. It’s difficult to detect this malicious software.

Between the several detection methods, you can find Memory Dump Analysis and Signature Scanning tools. Among them, the best so far is the Anti-Rootkit scanner from Malwarebytes.

Otherwise, you are only left to remove it completely by rebuilding the corrupted system…

But this is too much work.

You can reach out to us, and we will guide you through all the Troubleshooting needed.

Aren’t you infected/affected yet? Great!

You cannot protect yourself all the time, but you can definitely decrease the odds of infection by: